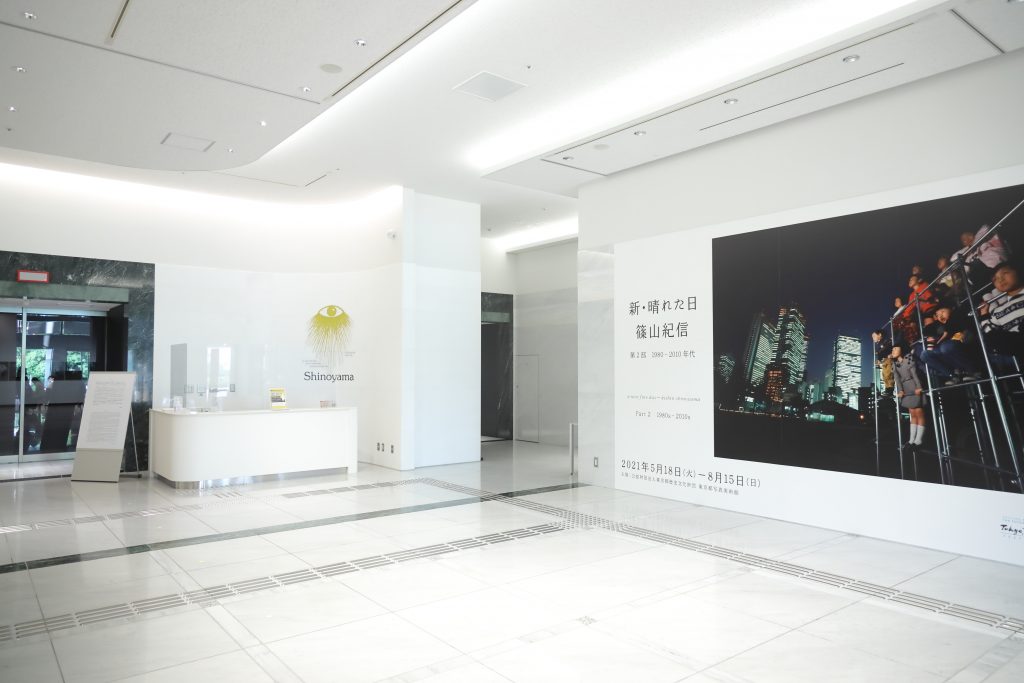 Following our special interview with Kishin Shinoyama, this article provides on the exhibition of his work, titled A New Fine Day: Shinoyama Kishin exhibition.

Kishin Shinoyama has spent the last six decades at the top of the photography field with a camera in hand, ever since he got his start in the 1960s. He held a pre-eminent place within the thriving magazine culture of the past, contributing work that graced the covers and pages of a variety of different magazines. A New Fine Day: Shinoyama Kishin was the first large-scale exhibition to look over his densely-packed experiences of the last 60 years, and held as a two-part exhibition on two floors of the Tokyo Photographic Art Museum. 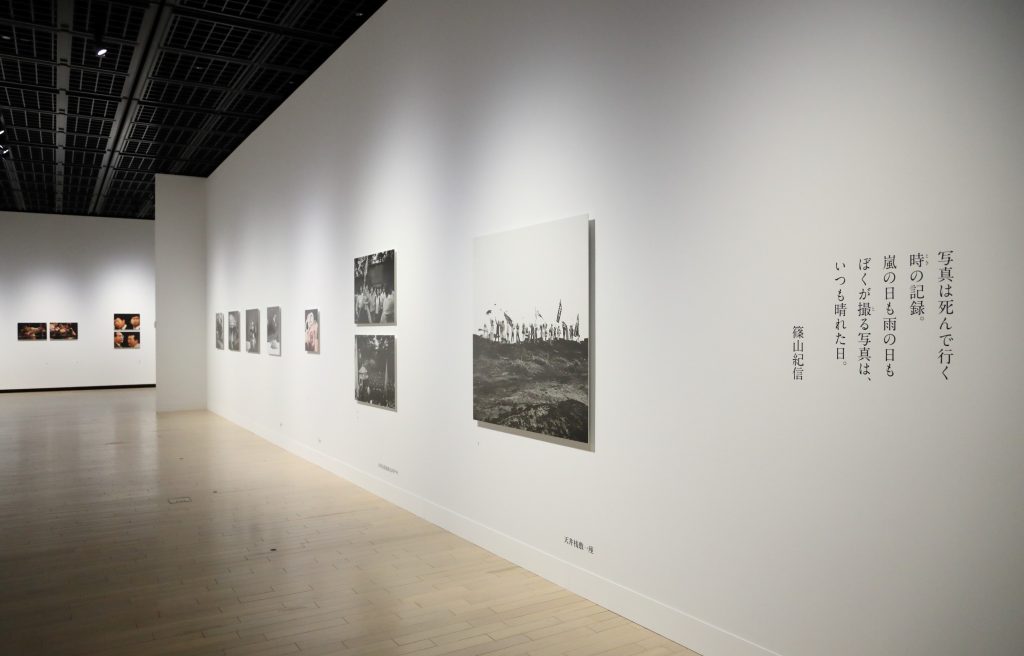 The exhibition begins with a quote from Shinoyama on photography as a form of media.

Part 1 of the exhibition looked at Shinoyama’s work from the 1960s to the 1970s. He began working and creating photographic art while studying photography at the Nihon University College of Art and began his career as a photographer when he began working at an advertising company called Light Publicity. Before long, his name was known far and wide.

His earliest works had a documentary-like air about them, as seen in pieces such as Tenjo Sajiki , and The Anpo Protests but in works like Birth , and Ad / Balloon, which were taken not long afterwards, he began producing photographs that highlighted bizarre composition and technical sophistication.
The pendulum swung quite far, hinting at the dynamic work he would engage in further in the future.

From the series OLELE OLALA (1971) is a series of photos taken at Rio de Janeiro.

The series OLELE OLALA and Paris are examples of outstanding pieces that Shinoyama produced while travelling the world. It is astonishing just how well the photographs absorb and capture the unique atmosphere of each place.

Shinoyama says that while watching the enthusiastic participants taking part in the festival while shooting OLELE OLALA, his thinking about photography changed drastically. He decided that the photographer should not impose their own intentions on their subjects; they must be accepted just as they are.
He still maintains that fundamental stance regarding photography – it forms the foundation of his work. 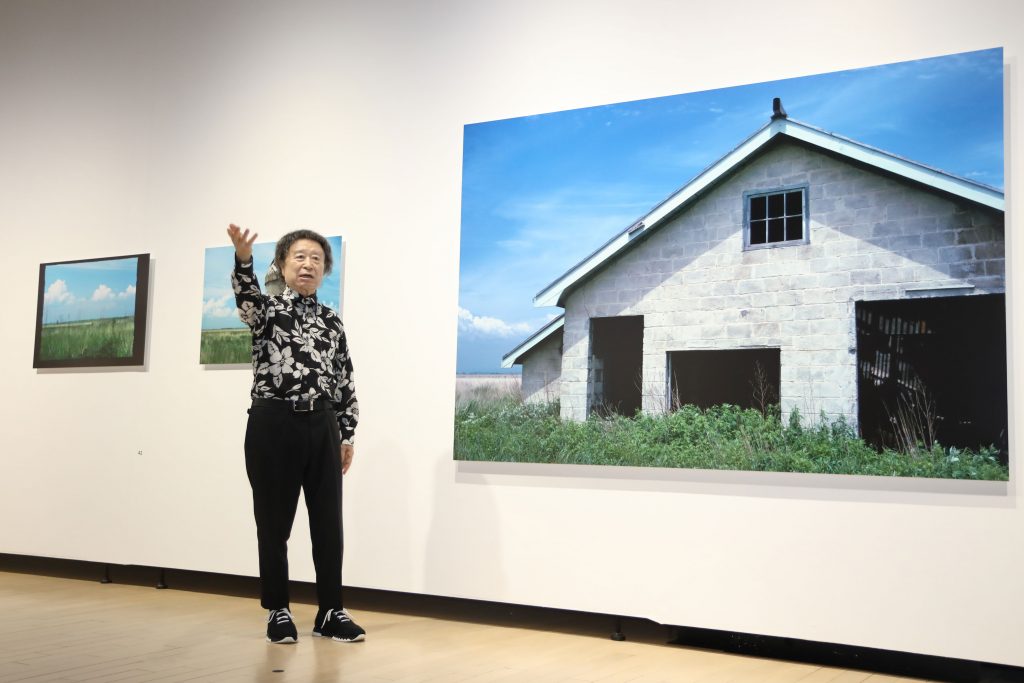 From the series A Fine Day (1974): Yufutsu Tomakomai Hokkaido features images of abandoned structures in an area of flat land no longer inhabited as it had been purchased by the government for use in the Hokkaido Comprehensive Development Plan.

The series A Fine Day was one of the highlights of Part 1 of the exhibition.
A Fine Day is a collection of photographs first published in 1975, that was comprised of photos published as a series over six months from May 1974 in the Asahi Graph, a weekly journalism magazine. Shinoyama turned his eye to all aspects of society in finding his subjects, from politics to the economy, major events, sport, entertainment and weather, and captured the most topical for each week’s issue. 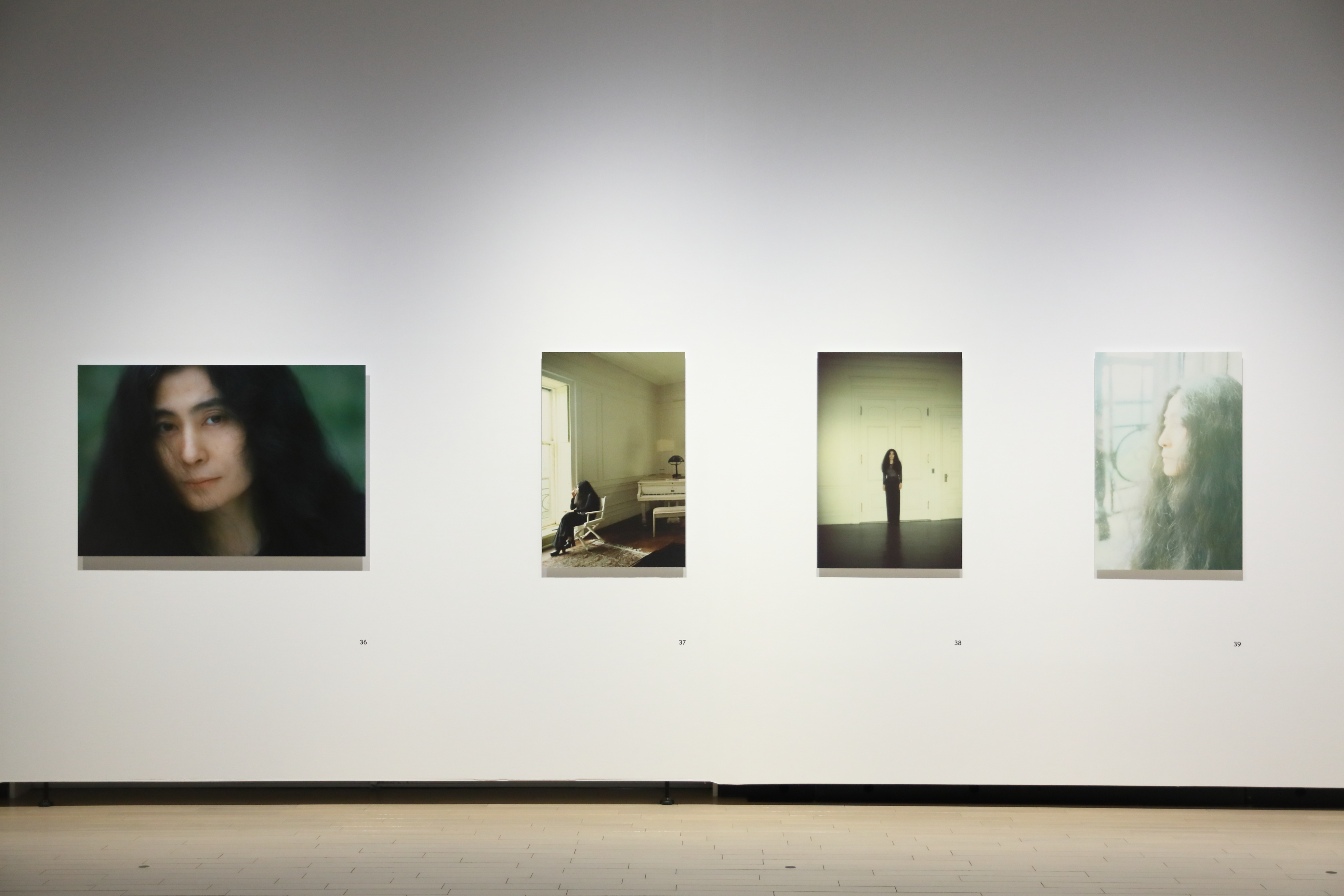 Photographs taken in New York in 1974 just before Yoko Ono travelled to Japan, after having made the headlines for her marriage to John Lennon.

He photographed Shigeo Nagashima, Koichi Wajima, Yoko Ono, and other Japanese icons of their times. Shinoyama also did the album photography for Double Fantasy (1980), the last collaborative album from John Lennon and Yoko Ono, at the request of Ono herself, who loved the photographs taken in 1974. 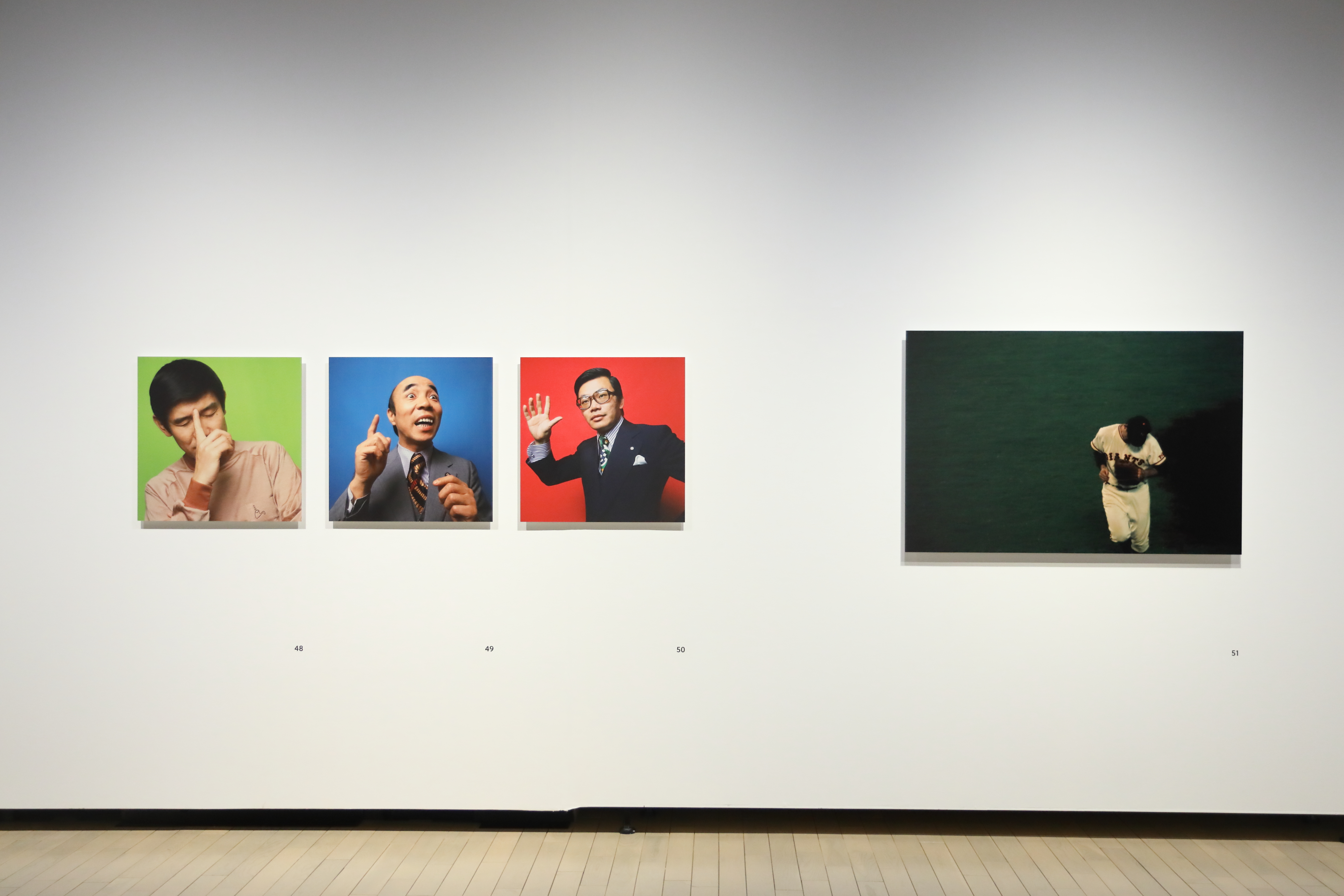 On the left are TV personalities (Yukio Aoshima, Knock Yokoyama, and Eitaro Itoyama) who became politicians, an issue in the 1974 House of Councilors election. On the right is Shigeo Nagashima.      Photo: Yosuke Hoshino

That year the Yomiuri Giants missed their chance at winning their tenth championship in a row, and Shigeo Nagashima, who was affectionately known as “Mister Giants” and “Burning Man” retired. Rumour has it that Nagashima took a liking to the photograph (on the right) of him with his head hanging down, and that it decorated the wall of the Nagashima household for many years.
It was through works like these that Shinoyama seemed to capture the times as they truly were shockingly well. 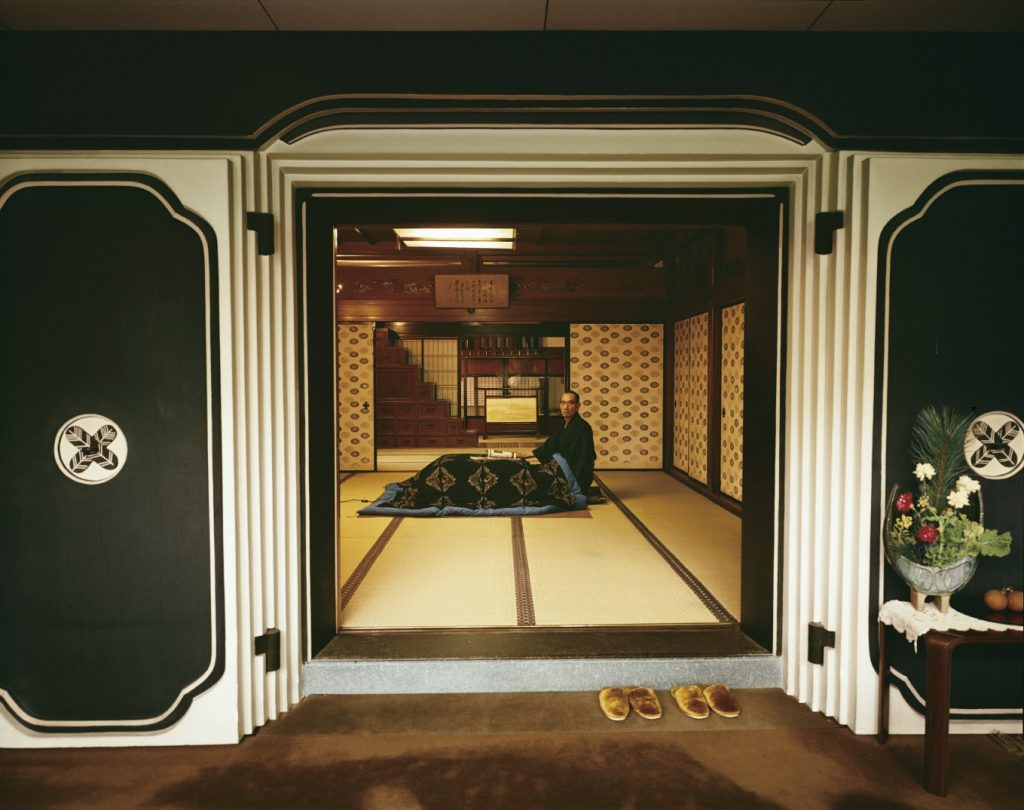 The series Meaning of the House (1972-75) captured the spirit of places where people live throughout Japan.

The Meaning of the House series was published between 1972 and 1975 in the monthly magazine Ushio, and in it, Shinoyama took pictures of building that are disappearing around Japan, from rural homes and the ruins of Chikuho Coal Mine to tea houses in Kyoto. These works led to Shinoyama being selected to represent Japanese artists for the Japan Pavilion at the 1976 Venice Biennale. 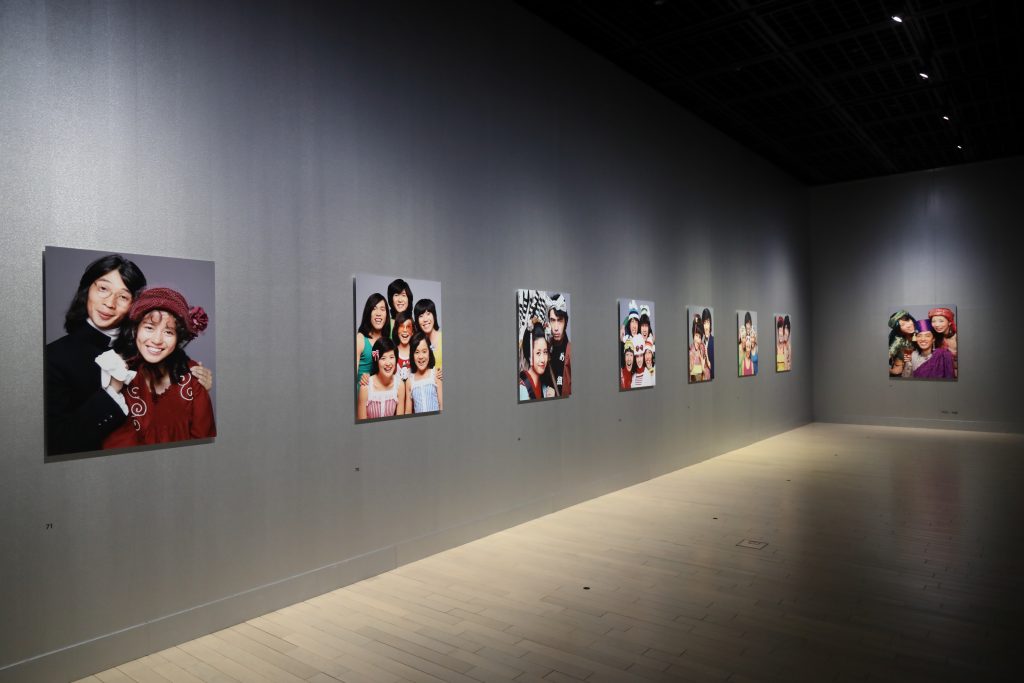 Over the nine years between 1972 and 1981, Shinoyama was in charge of the cover photos for the monthly magazine Myojo. The exhibit space shows the smiling faces of many of that era’s biggest stars, including Pink Lady, Kenji Sawada, and Momoe Yamaguchi. Shinoyama’s covers surely helped shape the image of the idols.

It is difficult to believe that the work of a single photographer could be so diverse, but even more awaited visitors on the second floor of the museum. 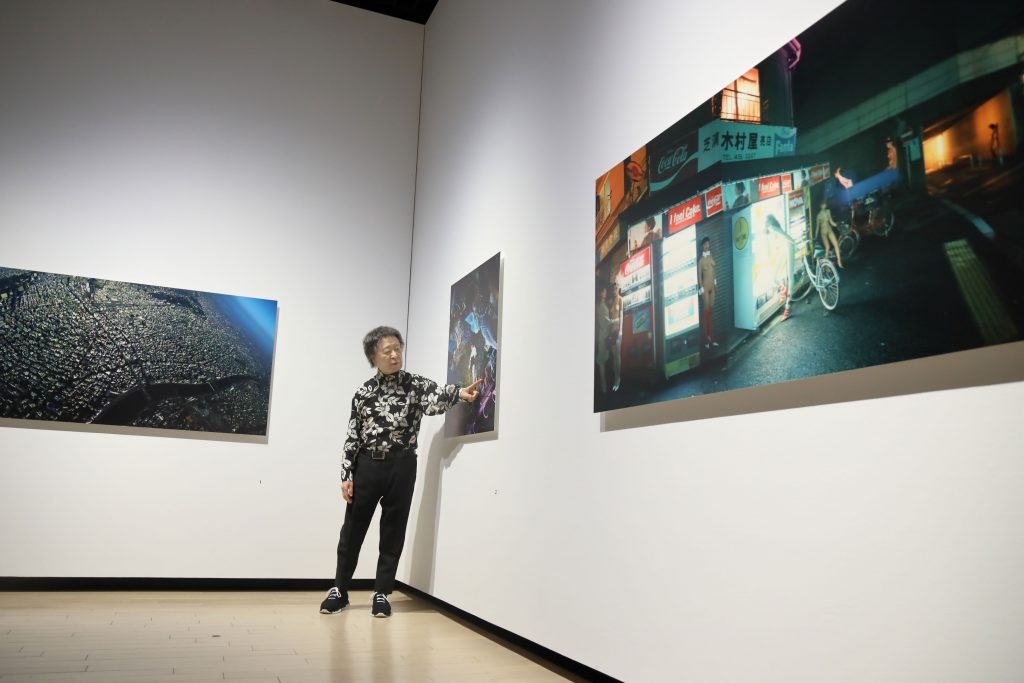 The first thing that caught the eye was the Tokyo Nude series, which featured aerial views of Tokyo’s city streets and detailed images of enormous pool facilities. The images were captured using Shinoyama’s own “Shinorama” technique, which harnessed three motorized 35mm cameras connected together to each take a shot with a single press of a shutter, thereby revealing the mysteries of Tokyo. 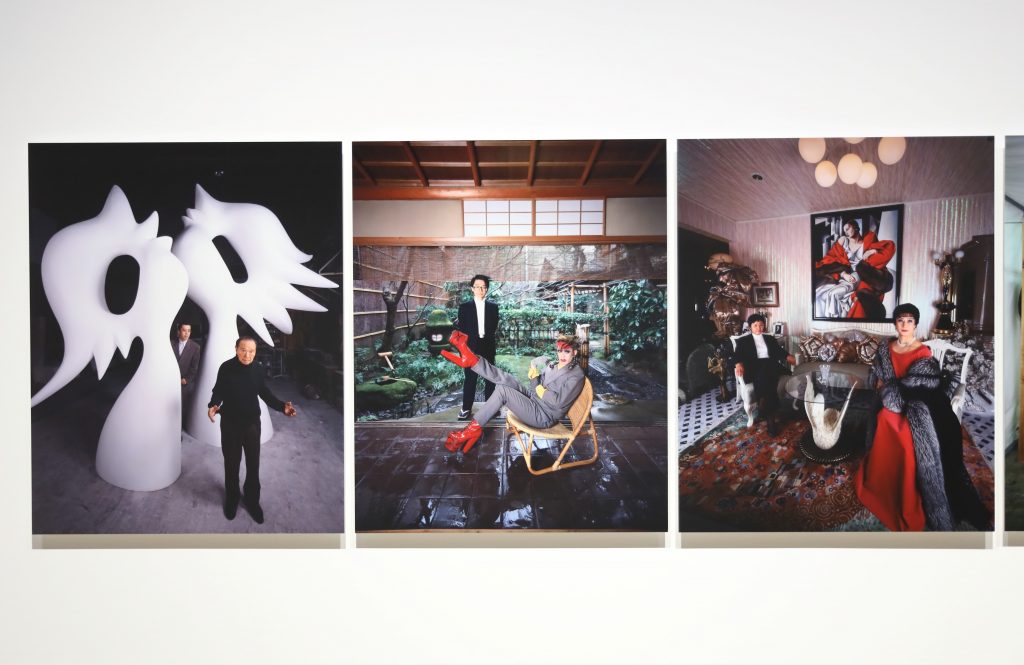 The Relationships series has been published in Brutus magazine since 1992.

Shinoyama’s Relationship series has appeared in Brutus magazine since 1992, and the unique works each capture the relationship between two people in a single photograph. The exhibition included seven such photo pairings, of Taro Okamoto and Yoshinori Kobayashi, Chosuke Ikariya and Miu Sakamoto, and more. 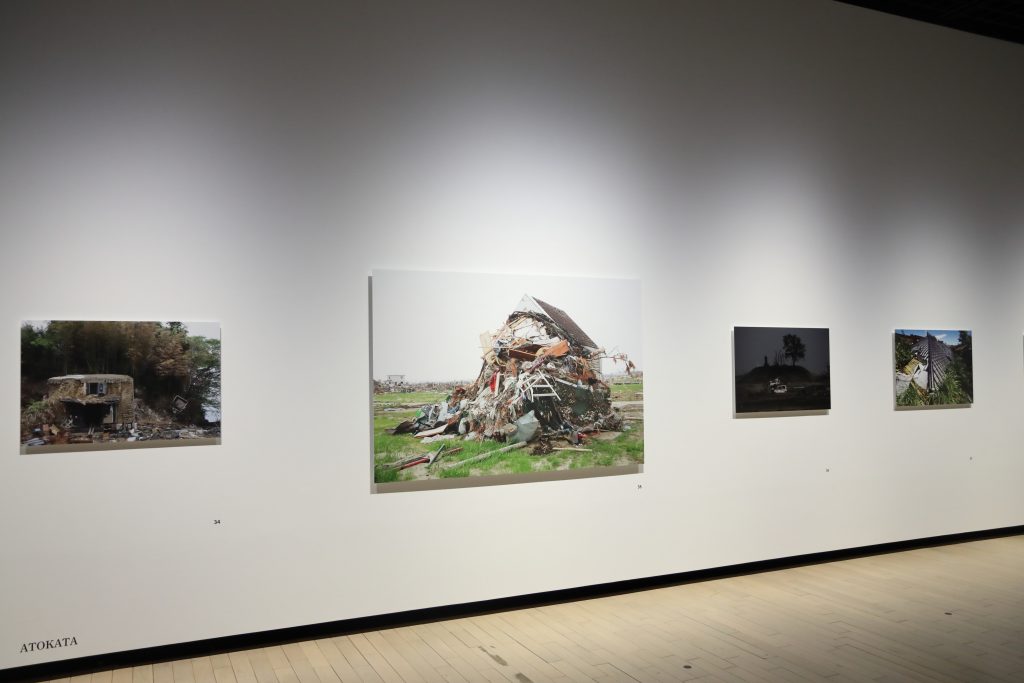 The images in Atokata were captured over four visits to the Tohoku area between spring and autumn after the earthquake of 2011.

The series Atokata series,  photographed the area affected by the Great East Japan Earthquake. Shinoyama describes his visits to the region as instilling a sense of awe at the “silent, sacred, and majestic landscape,” and feeling fear, anger, and sadness in response to the overwhelming power of nature.

The photos show us that Kishin Shinoyama remains passionate in his quest to capture a single moment of time that reflects the era in which it was placed. 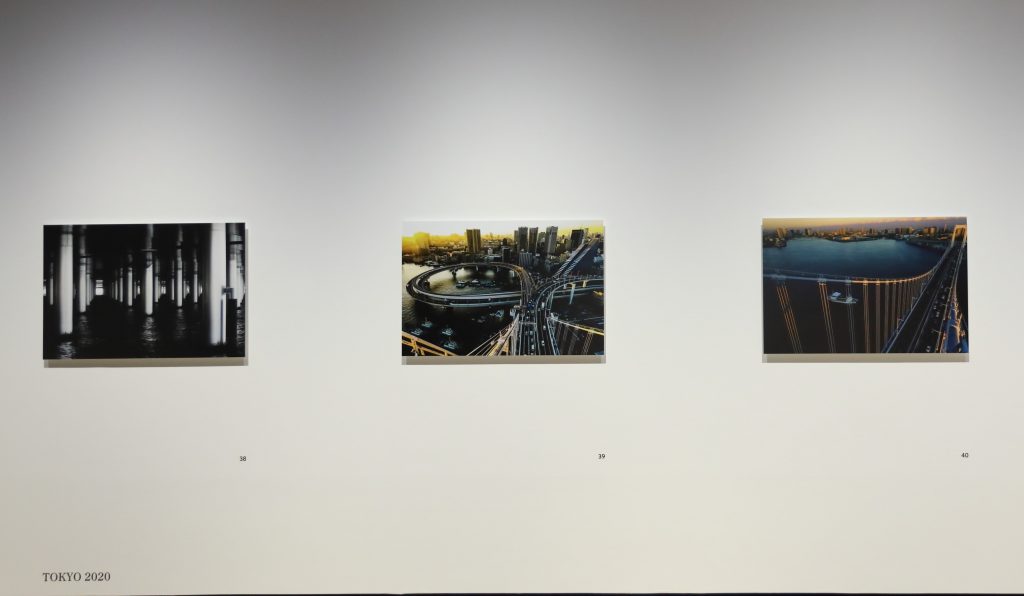 The Tokyo 2020 series offers unique and innovative perspectives of the Tokyo landscape, including the unique underground space beneath Haneda Airport’s D-Runway and the view from the top of a Rainbow Bridge pylon.

Shinoyama was born and raised in Shinjuku and has watched the city of Tokyo continuously change over the years. His series Tokyo 2020 captures those recent changes with numerous dynamic images. That constantly moving form of Tokyo is its normal form, and perhaps it serves as a mirror for the soul of photographer Kishin Shinoyama himself.

The sheer diversity of his work overwhelms viewers, but a common thread seems to flow within and throughout them all. What do they all have in common? The answer is simple: every one of Shinoyama’s photos is an image of A Fine Day, an open-hearted affirmation of the world around us.