Tokyo Bunka Kaikan, located in Ueno Park along with art galleries and museums, is one of Japan’s representative cultural facilities. This year was its 60th anniversary. Since its opening, the “Music Hall of Fame” has hosted performances in various forms, including opera, ballet, orchestra, chamber music, and recitals, by top-class artists from Japan and abroad. In this article, we trace the footsteps of these artists over the past 60 years together with one of the country’s up-and-coming violinists, Ms. Hina Maeda , who won the 18th Tokyo Music Competition  (2020) hosted by Tokyo Bunka Kaikan. 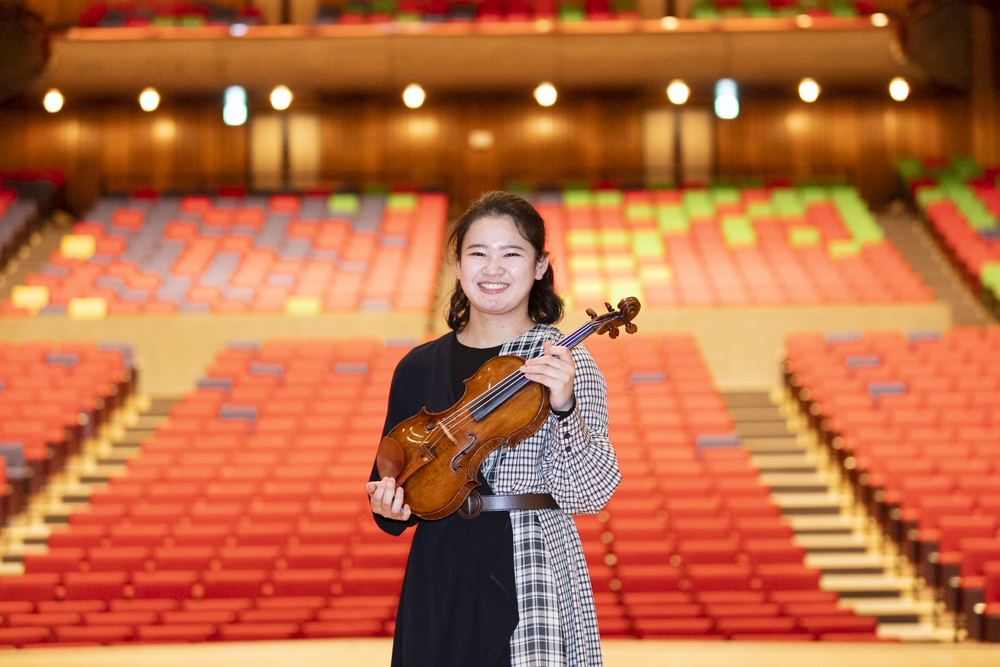 To experience the weight of the 60-year history, we toured the building with Ms. Hina Maeda, the winner of the String Section of the 18th Tokyo Music Competition.

An impressive collection of autographs by the stars from the past

Since 1965, four years after its opening in 1961, Tokyo Bunka Kaikan hosted the Emerging Musician Debut Audition, contributing to the rearing of young musicians in Japan. In 2003, the audition was expanded and evolved into the Tokyo Music Competition. Many of the past winners of the competition are thriving in various fields.

Ms. Maeda, who visited Tokyo Bunka Kaikan with us, was born in 2002. She was a third-year high school student when she won the competition in 2020. She was also awarded the Audience Prize, which is presented to a performer who obtains the largest number of votes from the audience. Even though she is currently only a freshman in university, she is expected to become an internationally successful violist.

Maeda: “On the day of rehearsal for the competition, I entered the building through the backstage entrance for the first time. I got off an elevator and saw something astonishing!”

No wonder she was surprised. In Tokyo Bunka Kaikan’s backstage areas, performers’ autographs and stickers cover the concrete walls completely. Particularly striking is the side stage area of the Main Hall, which is adorned with posters, commemorative photos, and plaques with autographs by the performers of opera and ballet — performances that have moved countless people over the decades. There are many autographs by the great stars from the past who are loved by many to this day. 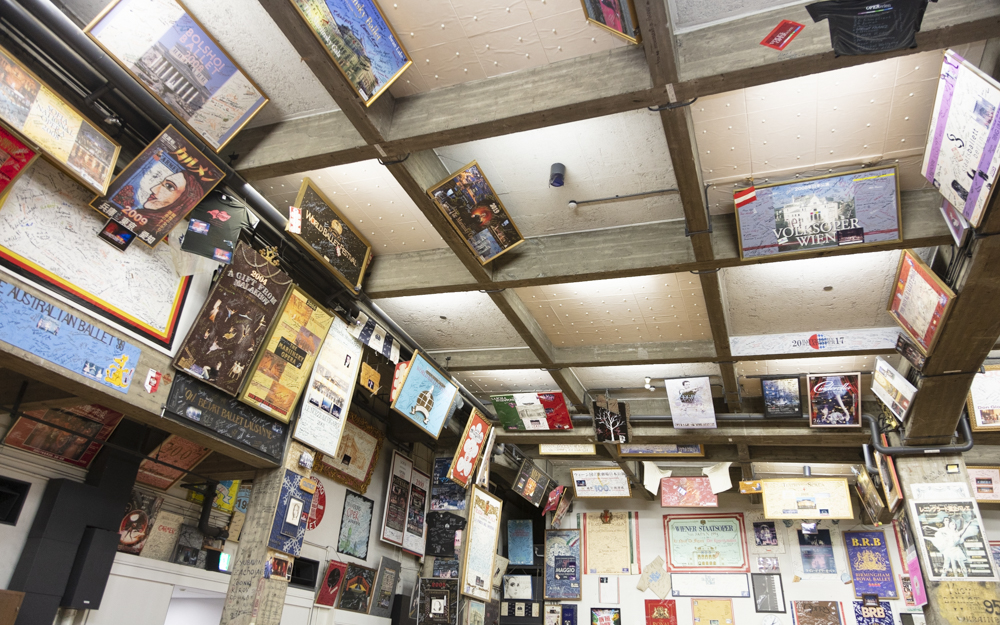 Maeda: “I came across this space during the competition and felt the weight of the history accumulated on this stage. I don’t want to sound presumptuous, but I felt that I must follow these great predecessors! It’s a great honor for us performers to be able to perform on this stage.”

Tokyo Bunka Kaikan was designed by Kunio Mayekawa (1905–1986), one of the most important architects in Japan during the postwar era. The architecture is highly regarded as one of Japan’s representative modernist buildings. However, what makes Tokyo Bunka Kaikan so special is the miraculous acoustic quality of the Main Hall (2,303 seats) and the Recital Hall (649 seats). Both halls offer rich reverberation sound, allowing the music to be heard clearly in detail (even the nuances of consonants coming out of an opera singer are distinctly audible!). 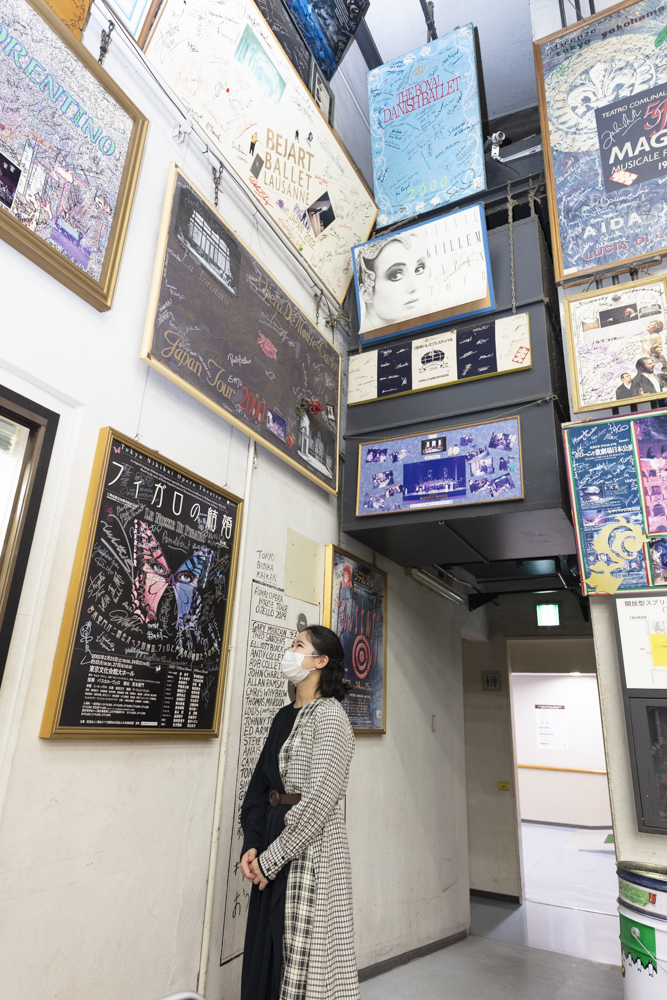 As we explored the side stage area, we came across a poster of The Marriage of Figaro, Ms. Maeda’s favorite opera. It was of Nikikai’s program, directed by Amon Miyamoto in 2002, the year Ms. Maeda was born!

Maeda: “I have listened to many concerts at Tokyo Bunka Kaikan from the audience seat. In the Main Hall, I could hear very clearly the sounds of a soloist without being buried in the orchestra even from the fourth or fifth floor! I felt terrific when I played the concerto in the competition finals because I knew that the audience would hear my sounds!”

This is why Tokyo Bunka Kaikan continues to be loved as a unique concert hall by both the performers and the audience.

Maeda: “Before the competition, everyone around me said that the Recital Hall was a great place to play. I understood that when I played there. Because it is suitable for any music or performance, there is no limitation as to what you have to do. New ideas come to you while you are playing. I had never had an experience where both large and small halls fit me and my playstyle so well.”

It seems inevitable that Tokyo Bunka Kaikan has been offering wonderful music for the past 60 years, but no matter how excellent the hardware (facilities) is, without the software (planning), it would not have achieved such a strong presence. In addition to the Tokyo Music Competition mentioned above, many cutting-edge projects and attempts are being made with an awareness toward global trends. However, what makes Tokyo Bunka Kaikan worthy of the name “Music Hall of Fame” is not only its constant pursuit of the new but also the attitude of carefully preserving and passing on the history like the autographs on the wall.

Tokyo Bunka Kaikan’s Music Library, established in 1961, is one of the few libraries specializing in music. Not only does it have materials and sound sources that are on the same level as music universities, but it also stores the records (including the program booklets distributed on the day of performances) of almost all of the performances held at Tokyo Bunka Kaikan over the past 60 years. Those records indeed represent Japan’s history of classical music. In the following section, we introduce some of the program booklets to look back on the epoch-making performances that have colored the history of Tokyo Bunka Kaikan. 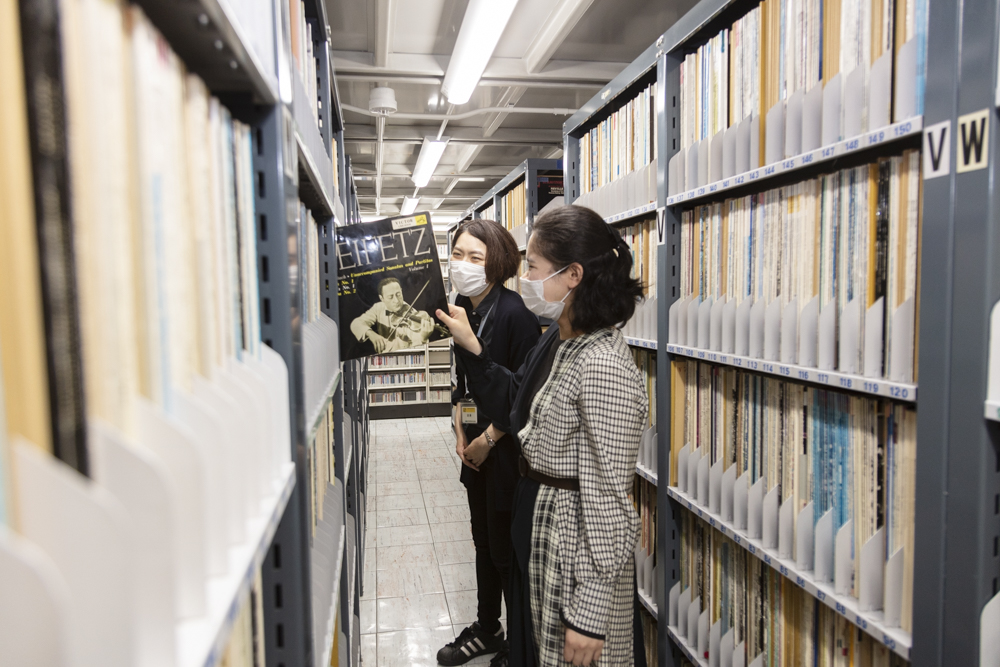 Librarian, Ms. Toshie Endo, gave us a tour of the Music Library. *We had permission to enter the stack room.

Tokyo Bunka Kaikan, which opened on April 7 in 1961, presented the 1961 Tokyo East-West Music Encounter between April 17 and May 6, which contained 23 performances. Particularly noteworthy were the three performances by the New York Philharmonic, which was visiting Japan for the first time. Leonard Bernstein, who had just been appointed its music director in 1958, led the orchestra, and Seiji Ozawa, then 25, who was serving as assistant conductor, also conducted some of the pieces. 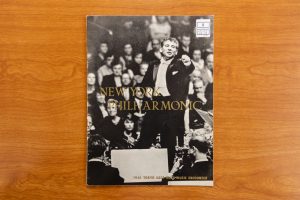 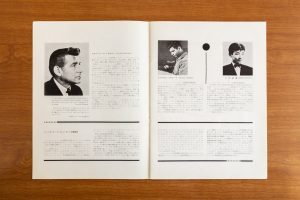 *The links in the captions below jump to the pages on detailed, performance information in the Tokyo Bunka Kaikan Archives, a search engine containing information about performances since the opening of the hall . (In Japanese)

Numerous famous violinists have also performed on the stage of Tokyo Bunka Kaikan. David Oistrakh (1908–74), one of the most prominent performers of the Soviet Union, gave about 10 concerts (concertos and recitals) at Tokyo Bunka Kaikan when he visited Japan in 1967 and 1969. The texts by music critics and famous performers in the program booklet were substantial and very much worth reading! 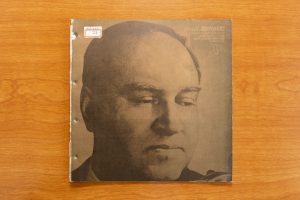 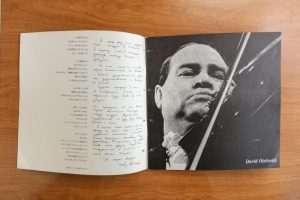 In the 1970s, the legendary Leningrad State Philharmonic Academy Symphony Orchestra under Mravinsky was considered by enthusiastic fans superior to Karajan and the Berlin Philharmonic. Their 1973 performance was also given at Tokyo Bunka Kaikan. The miraculous performance they gave in Ueno can still be experienced today through a recording that beautifully captures the clear sound of the Main Hall. 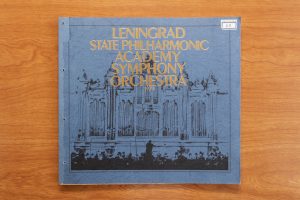 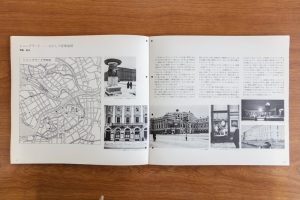 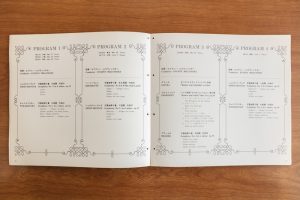 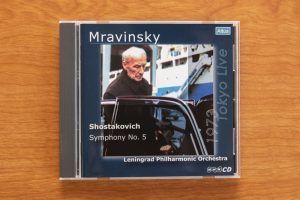 4．The Beginning of the Saito Kinen Orchestra

Hideo Saito co-founded the Toho Gakuen School of Music and trained many musicians, including Seiji Ozawa. In 1984, a concert was given coinciding with the 10th anniversary of his death. The Saito Kinen Orchestra was formed three years later as a result of this concert and has been highly acclaimed around the world.

Maeda: “I’ve been taught by many on this member list. They all look very young!” 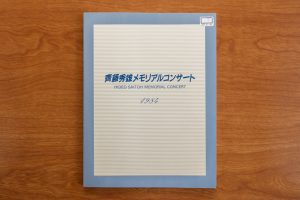 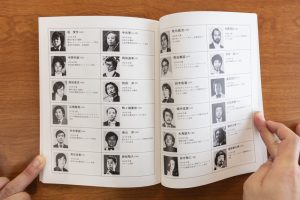 Maeda: “This concert was 50 years ago, but she hasn’t changed at all. It’s great to know that she also performed concertos at Tokyo Bunka Kaikan before she went to the U.S. to study in her early twenties!” 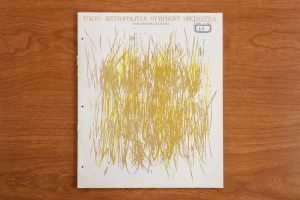 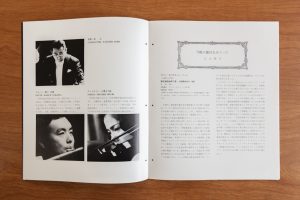 The last one is a bit unusual. In the days when it was not as easy to listen to classical music as it is now, they used to hold an event called a “stereo concert” where people gathered to listen to records. At Tokyo Bunka Kaikan, this type of event was held in the Recital Hall about 10 times between 1961 and 1963.

Maeda: “Heifetz in the Recital Hall!? For free!? Oh, they were playing records!” 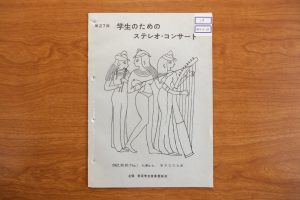 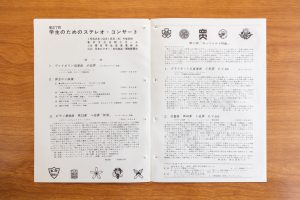 1962 The 27th Stereo Concert for Students