Deities Created by the People Edohaku Culture: Fear and Faith of Edo II, Visiting the Sites of “Hayarigami”〈Edo-Tokyo Museum〉 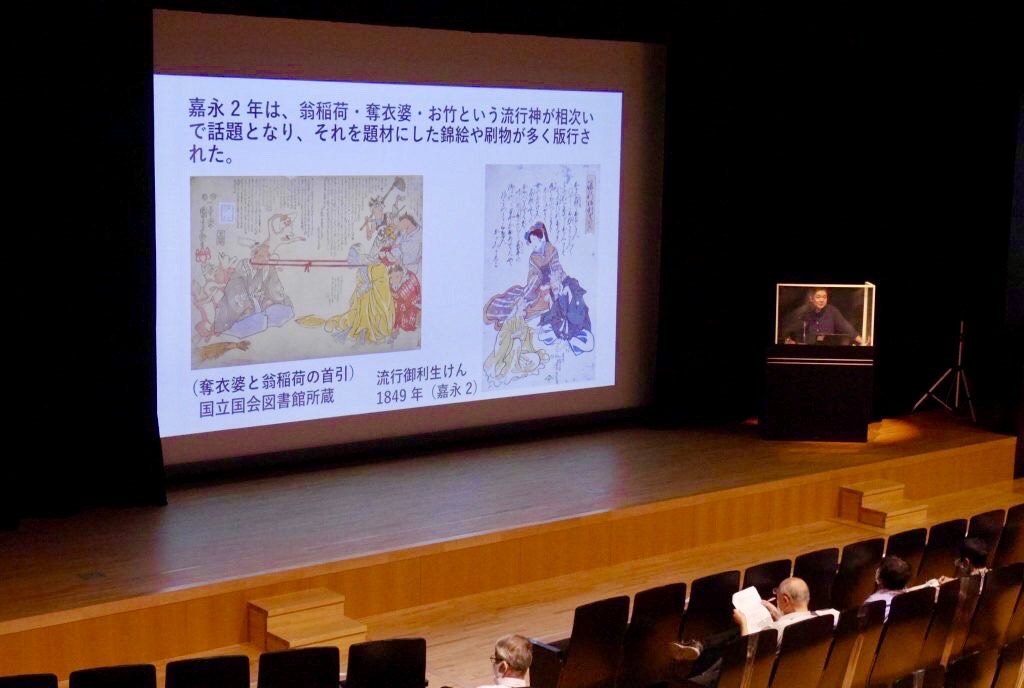 View of the lecture

In the Edo period, where epidemics prevailed every few years, people worshiped deities and powerful persons to pray for resolving worries about and recovery from diseases. Some such deities who were worshiped and forgotten after a certain period of time by the laypeople were called hayarigami [faddish god]. The Tokyo Metropolitan Edo-Tokyo Museum held a lecture titled, “Edohaku Culture: Fear and Faith of Edo II, Visiting the Sites of ‘Hayarigami’” by the museum’s curator, Hiroyuki Kutsusawa , as the lecturer, on Wednesday, September 9, 2020. The article summarizes the event which followed the lecture on prints used to fend off epidemics.

One of the notable hayarigami is Taro Inari Shrine. As a guardian god of the residence of the Tachibana Family of Yanagawa Domain, located at Asakusa tanbo [ricefield], it was branched and transferred from the original province. In 1803 (Kyowa 3), a legitimate child of the family contracted severe measles, but by praying to Taro Inari every morning, the child made a full recovery. The story became famous, and the deity attracted many worshippers.
The shrine located within the daimyo’s residence held a visiting day once or twice a month and allowed the public to come and worship the deity. It became so popular that a fake certificate for a visit and unapproved talisman were circulated, but the popularity faded after about two years. Taro Inari Shrine still stands to this day in Iriya, Taito-ku, surrounded by private houses. 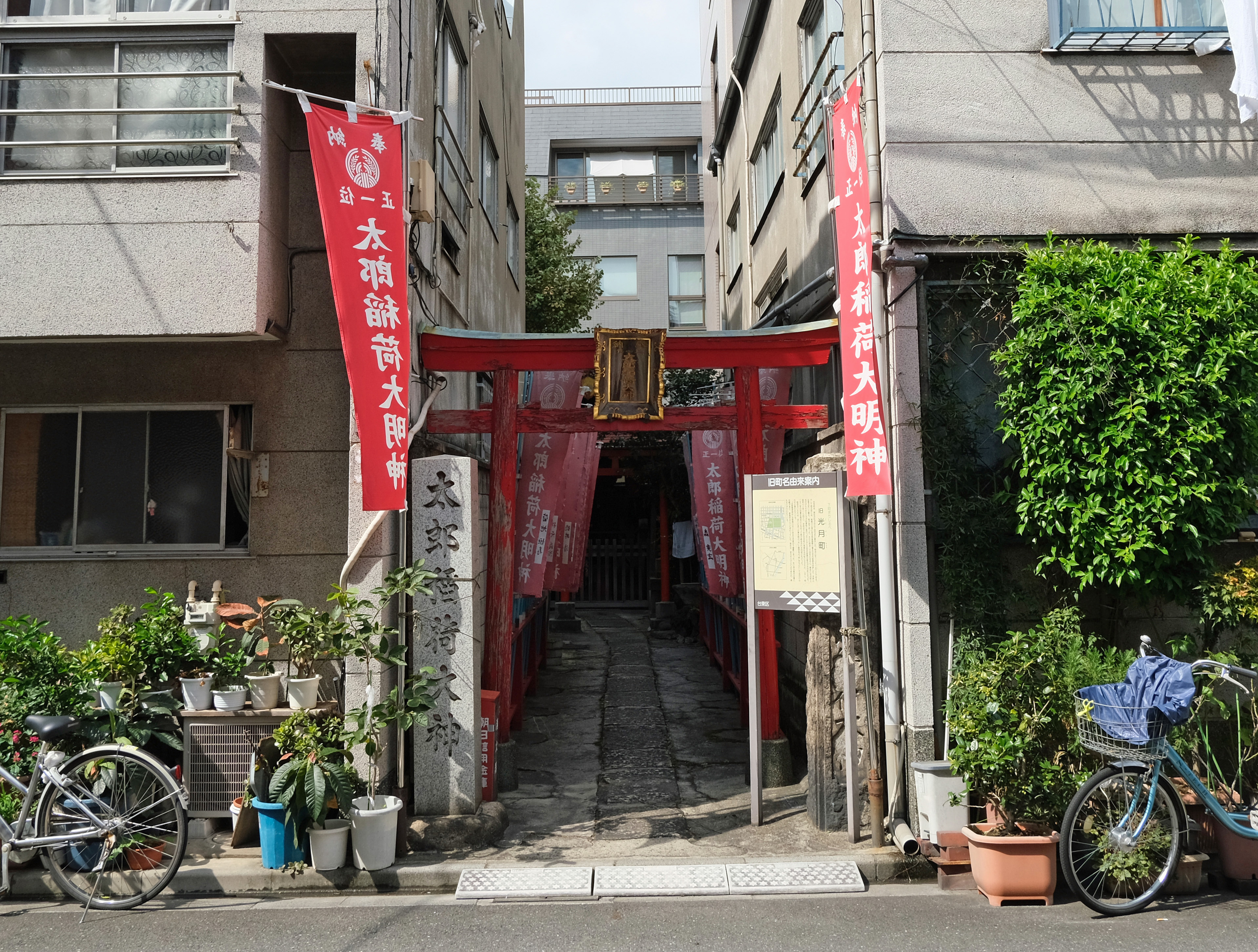 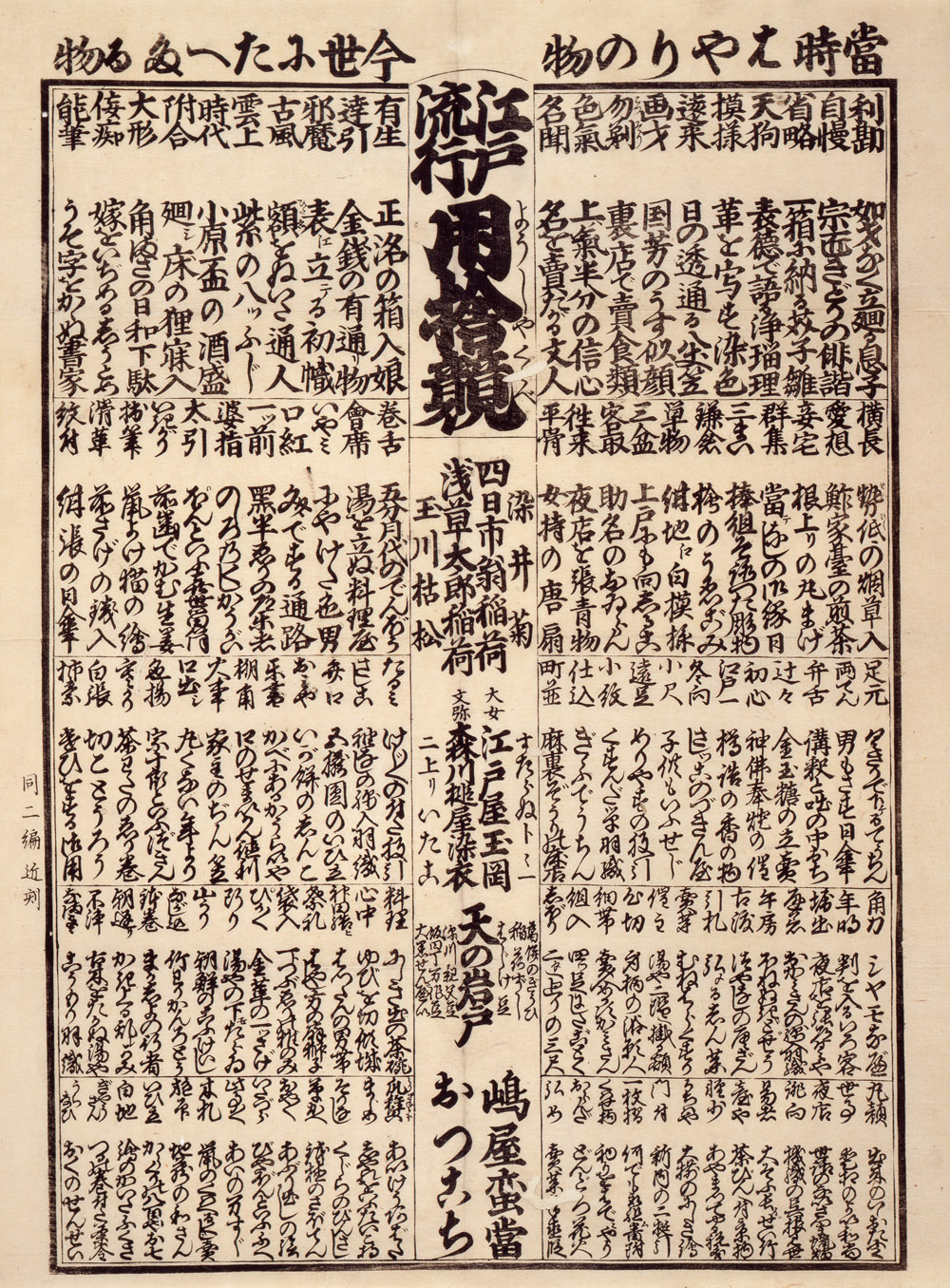 The section on the right lists popular words, and one on the left lists those that have gone out of fashion. Asakusa Taro Inari is listed as an obsolete item at the left part of the middle bottom section. 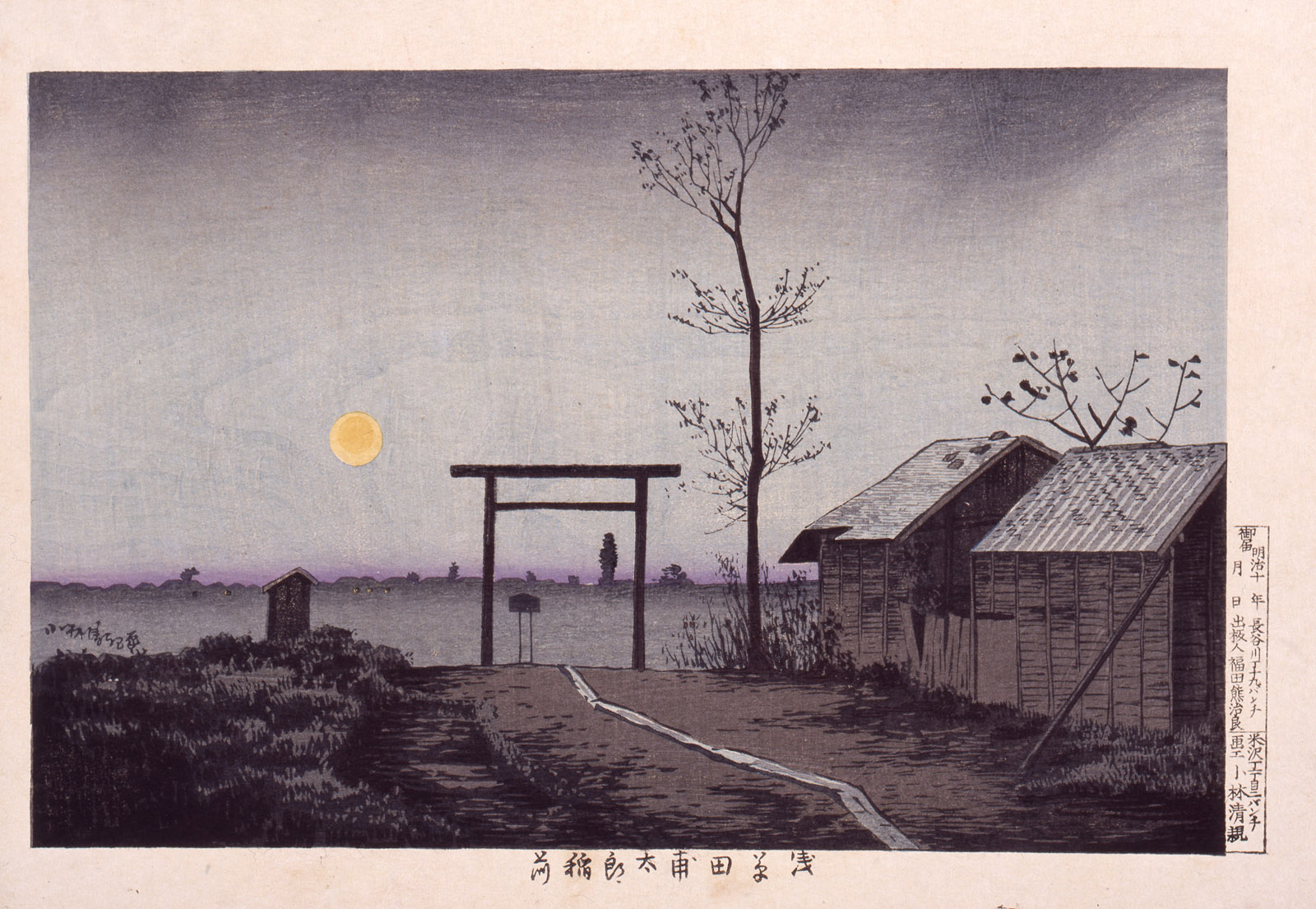 The shrine gained popularity on three occasions during the Edo period but never again after the Meiji era.

Suitengu Shrine in Nihonbashi, Chuo-ku, is worshiped for safe childbirth. It was originally a deity who protected from disasters at sea and was transferred to the Kurume Domain’s Edo residence (today’s Mita, Minato-ku). Kyokutei (Takizawa) Bakin was a devout worshipper of the shrine. In 1831 (Tempo 2), he wrote that he took medicine for his stomachache which had no effect, but when he swallowed a paper charm from Suitengu, the pain went away. He also wrote, however, that the shrine’s paper charm did not work on his grandchild’s severe burn, which had to be cured by medicine. Bakin’s son was a doctor, and Bakin himself was knowledgeable about medicine and pharmacology. It appears that he turned to Suitengu Shrine about matters that could not be resolved by medicine. In some cases, not only deities but also ascetic devotees who spread the beliefs were made into hayarigami. When smallpox or measles began to spread in Edo, a gannin bozu [mendicant attired as a monk] of Handa Inari Shrine, located in Kanamachi-mura of Higashikasai-ryo, Katsushika-gun (today’s Kanamachi, Katsushika-ku), would put on red attire and banner and go around propagating the blessing of Handa Inari. Such activities of gannin bozu went out of fashion after the Tempo Reforms, but they were depicted in hashika-e [anti-measles picture] as a god who drove away smallpox and measles.
The lecture also introduced other hayarigami with power other than curing diseases, such as Okina Inari Shrine known for the strength of its divine punishment given to those who defiled the precincts, Datsue-ba who cured a prostitute of syphilis, and Otake, a servant girl, who was thought to be a personification of Dainichi Nyorai. 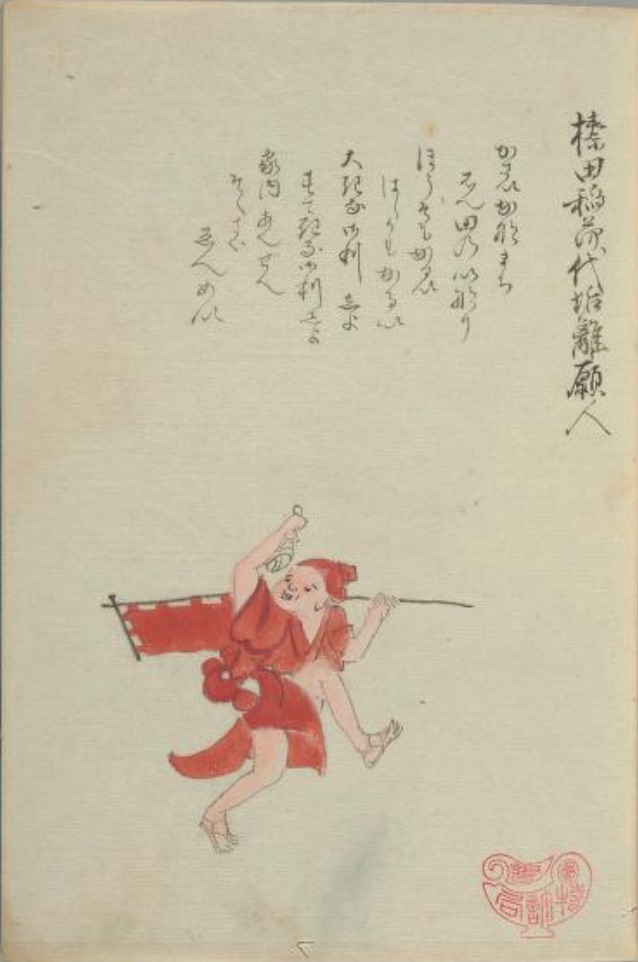 Gannin bozu wearing red, the color considered to fend off measles or evil, sang, “kasai kanamachi, handa no inari, housou mo karui, hashika mo karui [Inari Shrine at Handa in Kanamachi, Kasai, smallpox will be mild, measles will be mild],” and paraded around the town. 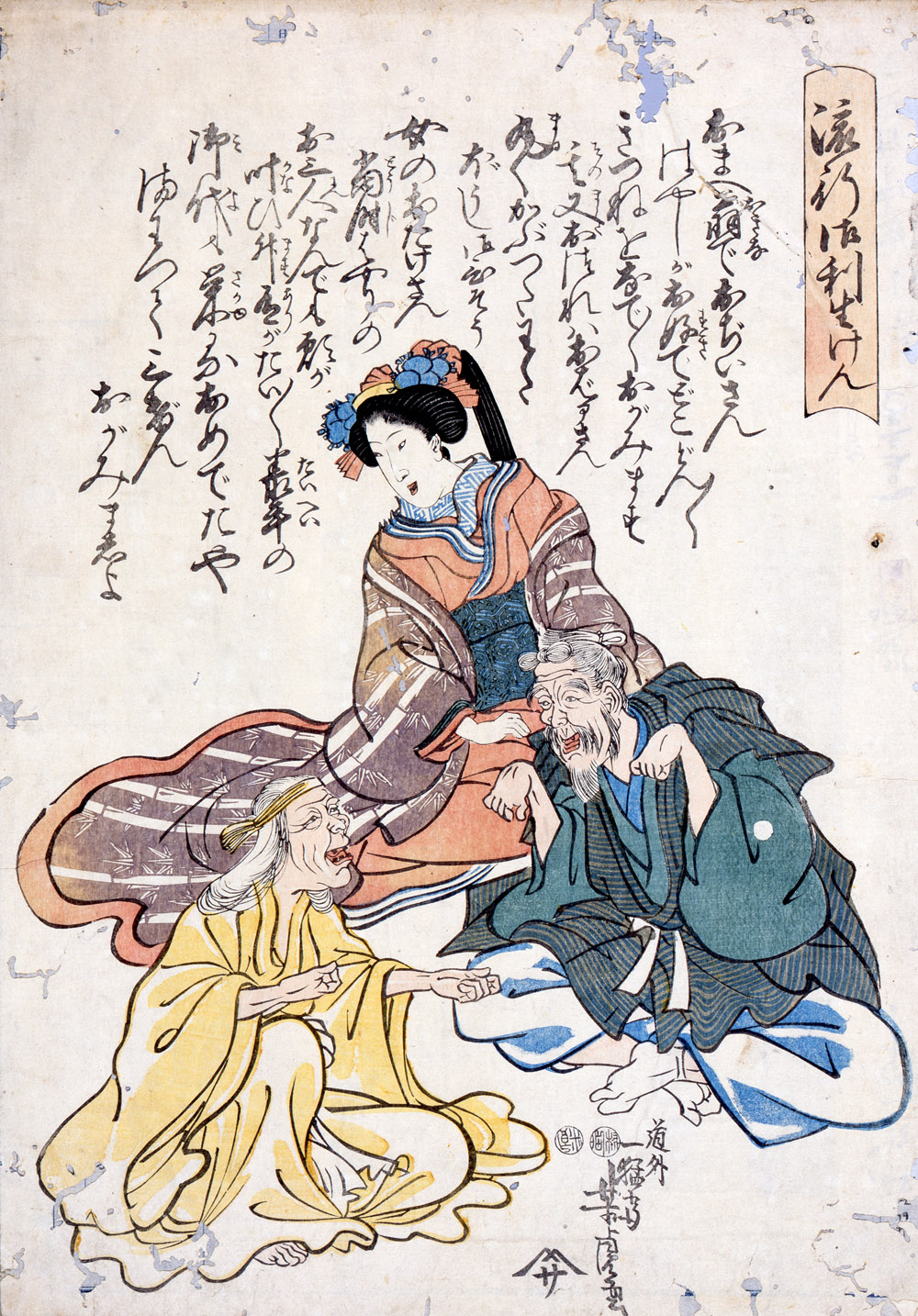 From the left, Datsue-ba, Otake, and Okina Inari are depicted. The three deities became popular in Kaei 2 and are often drawn together on nishiki-e [colored woodblock print] and prints.

Oftentimes, real people, like Otake, were worshiped as hayarigami.

For example, in 1809 (Bunka 6), a story about Ichikawa Danjuro VII curing malaria of a dressing-room keeper with magic words became popular. One of Danjuro’s star roles, Sukeroku from “Sukeroku Yukari No Edozakura,” also has a line in the play, “hear my name, and you will first rid of malaria.”

A popular version of a story about a courtesan of Yoshiwara, Tokao Dayu II, goes that, because she did not obey the lord of Sendai, Date Tsunamune, she was hung and cut on a boat and thrown into Sumida River. On New Year’s Day during Hoei era, a head drifted ashore at Kita-shinhori River, which was linked to the story about Takao. The head was enshrined as shintai [an object of worship] at Takao Inari Shrine. Back then, objects appearing from the water were worshiped. For example, in 1865 (Keio 1), a drowned person was found in Takenozuka to which people prayed for healing syphilis or fever. It is also said that there was a rumor that a sotoba [stupa-shaped wooden tablet] had the power to give great good fortune to people.

“Hayarigami that I discussed today were not the mainstream religion in the Edo period but were nonetheless important for the people. In the Meiji period and onward, however, they started to be considered a superstitious belief without any scientific backing and gradually faded out. I mainly introduced those that have some traces left today. I hope you will visit the sites of hayarigami,” Mr. Kutsusawa says.

It would be interesting to stand at the sites of worship that are passed down to the present and imagine how the people of the Edo period confronted epidemics.

◆Edohaku Culture: Fear and Faith of Edo II, Visiting the Sites of “Hayarigami”

◆Sites of hayarigami introduced in the lecture 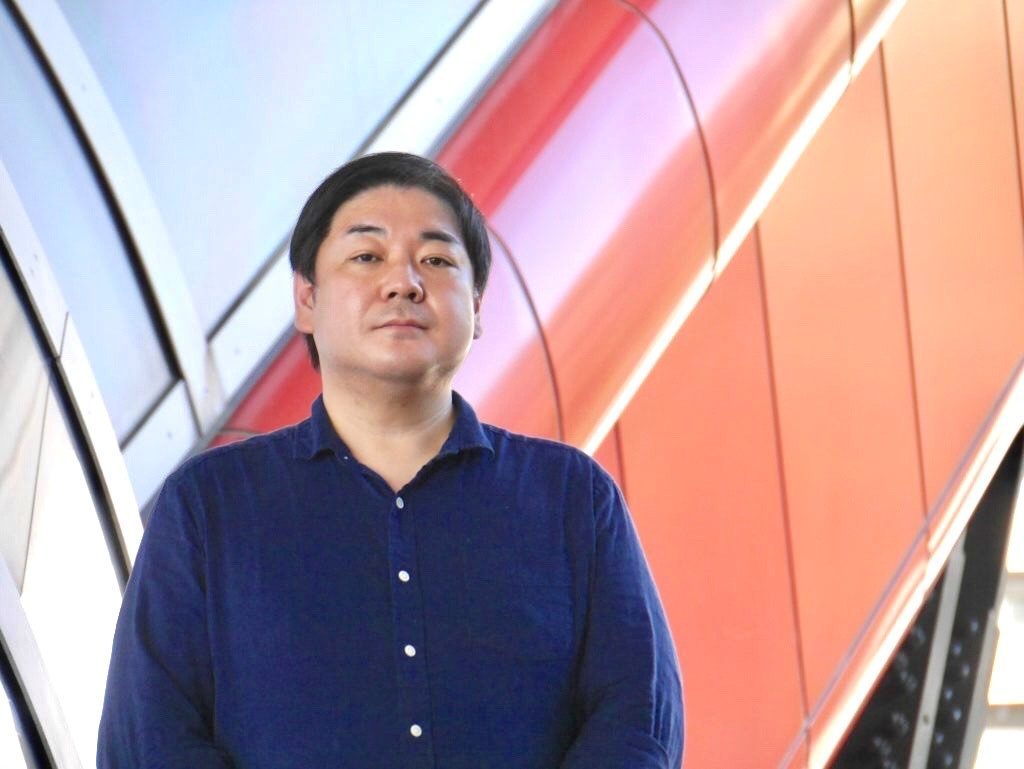 Curator at Tokyo Metropolitan Edo-Tokyo Museum. He studied Japanese folklore and modern history. Exhibitions he curated include EDO and BEIJING — Cities and Urban Life in the 18th Century — (2017), Tokyo 150 Years (2018), and The History of Sport in Japan — From the Edo Period to the Tokyo Olympics (2019).


＞＞Fending Off a Plague with Strange Creatures! Edohaku Culture: Fear and Faith of Edo I, Images to Fend Off Sickness